On Impedance Control For Landing Mechanisms On Comets And Planets 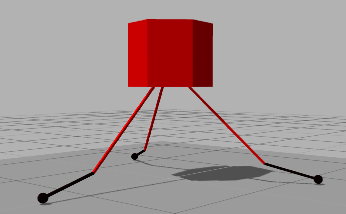 Recent successes of missions, such as the Rosetta, have increased the interest in the robotic exploration of other planets and asteroids. Although, in most landers passive landing systems are used, bouncing due to inappropriate descent speed and hardware malfunction have been observed in cases such as that of the Philae. In this paper, an impedance control law for an active landing gear is studied, which can increase the robustness to the speed of descent and to other miscalculations. Based on the proper selection of impedance parameters, bouncing can be avoided and a soft landing can be achieved for a range of descent speeds. Simulation results on Matlab/ Simulink and Gazebo that validate the developed analysis are included. Conclusions and guidelines on the use of actuated landing mechanisms are discussed.